Internationalization Beyond Provincialism – The Best of Times

Tax policy, while often unnecessarily complicated, remains a walk in the park when compared with much of Western Europe or the United States. A relatively cheap, educated workforce offered Romanian businesses a significant edge when competing with Western counterparts.

Moreover, since the early 2000s, incomes have risen rapidly for most segments of the population. Coupled with a consumer credit boom, and the highest rates of homeownership in the European Union translating higher incomes into higher spending, the past 30 years have led to the creation of a relatively lively market.

However, in many respects, there was a disadvantage to having such a comfortable domestic market. Quite simply, Romania missed its developmental opportunity to create internationalised, national champions.

At similar levels of development, businesses in China, South Korea or Japan actually faced significant problems on home turf. While eager for middle class trappings, most households had sky-high savings rates, and a notably low propensity to consume.  That meant a relatively low cost of capital for businesses but also a brutal home market, forcing many to compete in global markets in value-added manufacturing. The initial failures became a matter of management lore: whole production lines personally and publicly smashed by founders because they didn’t meet standards. But it was a critical, do or die, situation and business leaders rose to the moment.

The reason this proved so important is quite simple. According to Internationalization of Emerging Economies and Firmsby Martin Marinov and Svetlana Marinova, most firms as well as economies have an important window of opportunity in the development process where they are both developed enough to start exporting value-added products as well as under-developed enough so enjoy the benefits of loose patent laws, relatively cheap labour and anti-competitive government help. This is the window where the future giants internationalise in terms of practices, technology and standards, later to internationalise through exports and eventually outward foreign direct investment.

Romania didn’t follow this path. According to the United Nations Conference on Trade and Development, in 2008, when it entered the European Union and thus this window officially ended, Romania had only 0.6% of its GDP in outward foreign investment, significantly less than Ukraine’s 6%, Poland’s 5.2% or Hungary’s 11.2%. Moreover, at the same time, the World Bank estimated that Romania’s Knowledge Economy Index stood at 5.39 while Poland was at 7.15 and Hungary at 8.07. Simply, when the window closed, Romania’s was closer to Kazakhstan than to next-door Hungary – and Kazakhstan has since been closing the gap.

That, in turn, means that the main window of opportunity to create future national champions passed Romania in a hurry. Romania instead focused domestically, enjoying the consumer credit boom that came with EU convergence and enjoying inward foreign direct investment. The consequence of that has most been outsourced to the rural population as lost opportunities for better lives. Over 50% of Romania remains rural, a third of the population is on the minimum wage and Romania has the highest incidence of poverty in the European Union. But the long-term consequences of not following the East Asian model will soon impact everyone, the European-integrated urban professional and the rural poor alike due to structural factors.

This situation puts many businesses at risk because it makes them uncomfortably dependent on the domestic market. As long as that domestic market can sustain consumer spending, it may suffice. But that’s not a given: while convergence with Western Europe has been the underlying assumption for the past 30 years, that leaves out some stark realities. If those realities make themselves felt too abruptly, many Romanian businesses will find themselves fighting over a shrinking pie while being unable to compete internationally.

Business cycles can be tempestuous, and quarterly figures can be affected by a wide range of complex factors. But long-run economic growth tends to be predicted by a surprisingly limited set of indicators: productivity per worker, education and technological capital. Romania is rock bottom in all of them. That leaves growth dependent on extensive growth – meaning growth in factors of production such as labour, capital stocks or natural resources. Romania has mostly exhausted that engine of growth.

If you happen to have a booming population and rapid transfers of rural agricultural workers into urban factory workers, low productivity per worker and educational standards aren’t that much of a problem. The country has time, and the government will be collecting revenues to develop human capital. But Romania’s demographic outlook will impact both growth and policy flexibility. As the region faces what McKinsey estimates a 50% increase in healthcare costs associated with ageing, as well as underfunded pension liabilities, both growth and revenues will be simultaneously impacted. Simply, that’s not a market you want to wholly depend on.

What internationalisation Romanian businesses have indeed undergone was usually after the developmental window had passed, through integration into European supply chains and the adoption of European regulations. While a step forward, that also leaves Romanian businesses also fully exposed to relative European decline: PwC estimates that the EU-27 will represent only about 9% of global GDP in PPP terms by 2050. Quite simply, while European companies are busy internationalising to global growth areas, Romanian businesses are internationalising to relatively declining, fully saturated, markets which will soon face their own demographic pressure, fiscal problems and consequences of lost technological or educational edge.

Simply, Romania’s ambition is of selling cars to Germany, but Volkswagen sells 40% of its cars in China.

The Need for Global Internationalisation

With the pre-EU window for internationalisation passed and the period during which domestic fundamentals begin making themselves felt in the bottom line not far ahead, Romanian businesses have one last chance to go global. This time, it will have to be within patent laws, with regulation and without much government help.

However, the alternative is remaining a small fish in a small pond that has seen its best days, while businesses from Hungary to the United Kingdom are increasingly global. And that is a global world where Romania isn’t an emerging market of post-Soviet promise, or a dynamic East European country converging with Western Europe. It is a global world where Romania is the middle-aged former star pupil who stayed in a small town and took a comfortable administrative job while everybody else left to pursue their dreams. Ten years down the line, it will be a very painful high-school reunion. 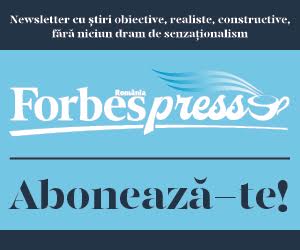